OK, you’re fed up.   You’ve had enough with ‘politics as usual’ and you think that it’s time for the bickering to stop and for your views to be heard.

But you need to convince many, perhaps millions of your fellow citizens.

The problem is that, no matter what you want, there is a buzz and banter that you need to break through for your message to be heard.   From cable TV to the blogosphere, the buzz and banter is at full volume.

How do you get your message in front of the people who will make a difference?

Basically, you need to change the channels. 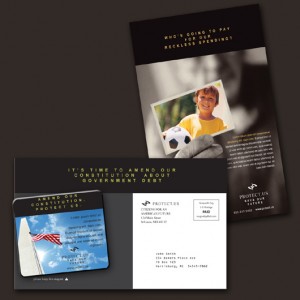 Rather than sending your message through the Internet, print media, or cable TV, send it via a way that gets maximum impact.   Send it via a Postcard Magnet Mailing.

A Postcard Magnet Mailer is two parts: a custom-printed, laminated jumbo postcard with a refrigerator magnet attached, sent together through the US Mail with bulkrate postage.   The postcard is the carrier, and the magnet becomes the billboard.

Recipients open their mailboxes and instantly see your message.  If they like it, they’ll use the magnet on their refrigerator or file cabinet.

All this for much less cost than a cup of coffee.

If you’d like to make sure your message makes an impact, check our Postcard Magnets at magnetbyMail.com .

And start making a difference!

Every two years, political campaigns spring to life throughout the US.  Incumbants work to keep their seats against an onslaught of indignant wannabes.

If you’re running for office, you’re focused on the issues that are important to your voters.

But what are campaign managers focused on?  The same thing, right?

If you can picture the circus entertainer who keeps a dozen plates spinning atop a dozen poles, that’s basically what a campaign manager looks like.

The biggest challenge for a campaign manager?  Making sure the candidate’s message is reaching voters.

Even if a campaign has lots of money to spend, which it probably doesn’t, getting out the message is not that easy.  In a matter of months, voters are bombarded with thousands of messages from candidates, local and national.

For example, in just one of the days leading up to the Iowa Caucuses in February 2008,  there were nine hours of TV commercials to promote the various Presidential hopefuls.

How does a campaign get its message out through all that?  What can campaign managers use to sleep at night? 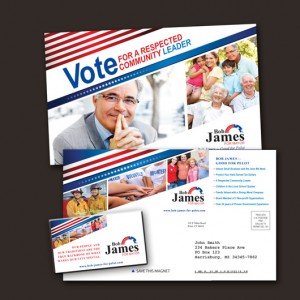 “Oh, sure,” I hear you saying in disbelief.  How can something so small and simple do so much?

A postcard magnet mailer is an oversized laminated postcard with a magnet attached. And because its small and simple,  it’s become a useful tactical device for political campaigns…

So while opponents spend big bucks for a 30 second TV spot, a candidate can spend less than a dollar to receive coverage all day and all night.

That’s another tip from magnetbyMail.com — making campaigning affordable for all.  Check out our political postcard magnets online.