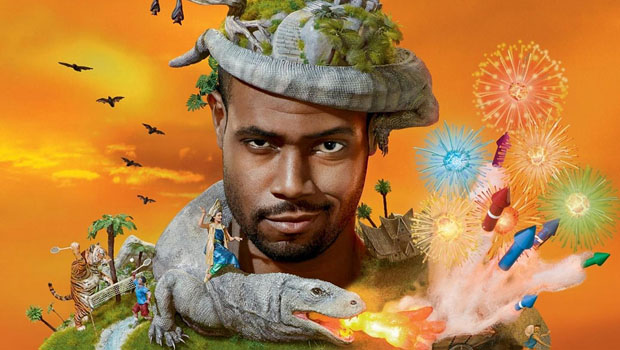 There’s a reason Super Bowl commercials are funny, and there’s a reason they cost millions of dollars: Witty works. Humor had long been an effective tool in an advertiser’s arsenal, and no matter how daring or risqué an ad was, it always had a concrete connection to the product or brand. The punchline was tied to the messaging. Now? Now things are starting to change.

If you’ve been watching television, reading magazines, or surfing the web, you may have noticed a trend – advertising is getting a little weird. 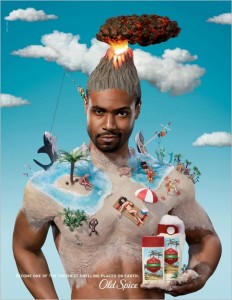 Okay, scratch that. Advertising is getting very weird.  But why?

Well first of all, advertisers are becoming aware of the power of social media and sharing. Viral is their new favorite word. And for good reason: a well-executed campaign can yield millions of impressions, now and for years to come, and at no additional cost.

However, execution is tricky because consumers are not easily tricked. They’re bombarded by advertising more than ever, and as a result they’ve developed natural defenses. They’re tuning out, changing channels, and filtering e-mails. If it smells like a pitch or looks like a promotion, their eyes glaze over and they look the other way.

It’s these factors that have created the perfect storm for the odd and unusual. Marketers are minimizing the what, as in what they’re selling, in favor of maximizing the what? As in what the heck was that, I have to show my friends. It’s hard to ignore the people that are important to us, which is precisely why advertisers are so keen on using them. 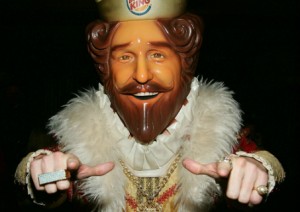 Remember The King? The creepy Burger King mascot that tormented us from 2004-2011? He was arguably the start of all this madness. And while creeping out your hungry customers hardly seems like the best idea, here’s the thing… it worked. People were talking about him, people dressed up like him for Halloween, The Simpsons spoofed him, and most importantly – Burger King profited.

He didn’t look like a fast-food ad. He wasn’t the perfect mouthwatering burger being grilled in slow motion, he wasn’t a waterfall of cola cascading over idyllic ice cubes, he wasn’t the imagery pretty much every other fast-food joint was using. He wasn’t a coupon or an offer. He was just…weird. The perfect thing for people to talk about around the water cooler without feeling like corporate shills. He was so intentionally disconnected from the product and typical messaging that Burger King was able to penetrate the average consumers’ defenses.

The creepy king was a carefully crafted promotional Trojan Horse.

And there’s countless examples of this strategy. Geico television commercials frequently feature short nonsensical skits that have next to nothing to do with their actual product. A pig at a football stadium? Really? GoDaddy has also switched from sexy and provocative to surreal and head scratching. 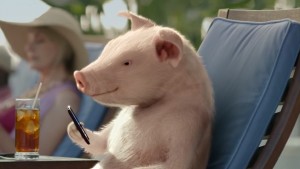 Best of all, this approach isn’t limited to video. Print ads can be just as odd. The key is to be memorable, and to have your brand somewhere on the page or the screen so they’ll always associate your brand with that memory.  That’s it.

So as you develop your marketing strategy, consider doing something a little out there. No risk, no reward, right?

I’ll leave you with one of the strangest and most unnerving commercials I’ve ever seen. An advertisement for Totino’s Pizza Rolls that’s nearing 1,000,000 views. From mere word of mouth.

Do I want Totino’s after seeing that? I’m… I’m not sure. Am I ever going to forget the name?